What would Benjamin Franklin think of Bitcoin? 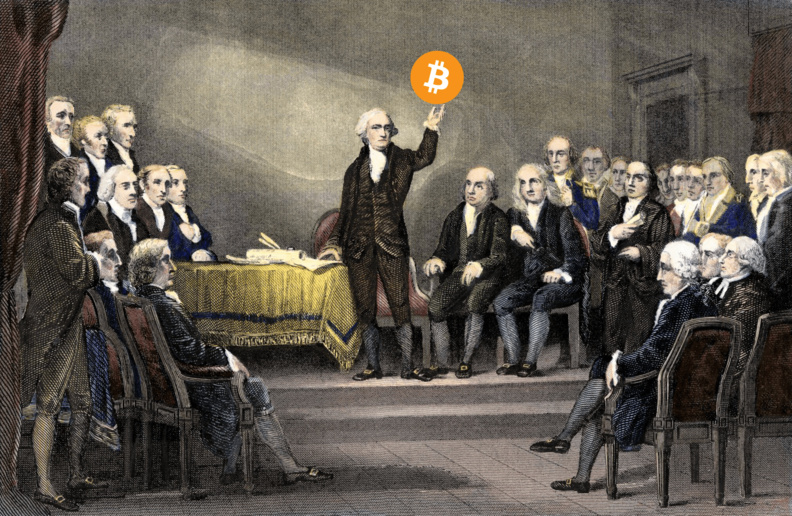 TLDR. The Currency acts of 1751 and 1764 were very unpopular in the colonies and Benjamin Franklin lobbied for their repeal when visited England in the 1760s. Some argue that taking away from colonists the right to issue their own money was important enough to go to war. What can the founding fathers teach us about about Bitcoin?

The founding fathers signed the Declaration Of Independence 243 years ago and the American experiment started. Satoshi Nakamoto published Bitcoin’s whitepaper 10 years ago and the transformation of money started.

A few days ago, on the 4th of July, @pomp tweeted: “Thomas Jefferson and Benjamin Franklin were Bitcoiners and they didn’t even know it 🔥“

Currencies are thousands of years old. Ever since we’ve started trading goods, we needed a way to represent value. Money is a means of payment between two parties that want to buy or sell something. Money a way of assigning value to goods.

An economy can’t function without money. It’s too hard to barter for everything you may need. This is exactly the problem that American Colonists faced. They did not have enough money. They bought more goods from Britain, than they sold to it. They had no liquidity, so the colonies decided to print their own money.

In 1726, Benjamin Franklin went into paper money printing business. He was a miner of his time. Franklin’s innovative paper money had a magical quality and could transform into anything. In a pamphlet urging the Colonies to print their own paper money, he wrote: “It is Cloth to him that wants Cloth, and Corn to those that want Corn.”

The British Currency Acts of 1751 and 1764 caused setbacks to the American colonies and steered American colonists toward revolution. During the American Revolution, John Adams, Thomas Jefferson, Alexander Hamilton debated the role of state and federal governments in making and regulating money, and currency debates were central to the creation and ratification of the U.S. Constitution.

Benjamin Franklin is a brilliant inventor that would love Bitcoin, set up cryptocurrency mining farms and find ways to improve their production and energy consumption. Alexander Hamilton supported the idea of a central bank, and probably wouldn’t think decentralization to be a good thing. Thomas Jefferson would have loved the revolutionary and disruptive potential of Bitcoin, as he was against the excessive growth of a federal government that could interfere with civil liberties. James Madison would have loved Bitcoin, because of its decentralized nature, that does not allow any faction to have unlimited control of power. George Washington favored centralization and most likely wouldn’t be a big fan of Bitcoin.

Fast forward, 250 years later, Bitcoin shows that a community of people can create a currency system on their own, just like the Colonials did. The meaning of Bitcoin and cryptocurrency is the same, as what drove Benjamin Franklin to print money for the Colonies. Many people see Bitcoin or other cryptocurrencies as something new. The truth is there is no such thing as new ideas, only new applications of old ideas. Bitcoin is similar to the currency that was printed by the American colonists.

In the years following the Revolution, banks across the US. began issuing bank notes, used as everyday money. Visually, the bills tried to create a sense of trustworthiness. But knowing which one to trust was hard.

Money is about trust. People need to be able to trust money. People would only accept money, if they knew they can use it in the future, to buy something else with it.

Bitcoin and other cryptocurrencies, solve some of these problems. They cannot easily be counterfeited. Blockchain records every transaction, which is copied on thousands of computers worldwide, making counterfeit transactions difficult. Also, many cryptocurrencies have a finite number of coins, so they can’t be devalued. The total number of Bitcoins that will ever be created is 21 million.

Historically, currencies are either backed by something real, like gold, or by the power of the state. Some, think that Facebook’s cryptocurrency has given legitimacy to Bitcoin and other decentralized cryptocurrencies. If Facebook’s crypto Libra becomes a trusted payment mechanism, then people are also more likely to trust Bitcoin, as a reliable long-term store of value, a digital gold.

Christine Lagarde, the new boss at the European Central Bank, warned that cryptocurrencies are shaking the system.

“I think the role of the disruptors and anything that is using distributed ledger technology, whether you call it crypto, assets, currencies, or whatever … that is clearly shaking the system. We don’t want to shake the system so much that we would lose the stability that is needed.”

Sometimes you’ve got to shake up things to move them forward. In a modern world, we need a new way to transact. We need new money. Cryptocurrency is here to stay and will evolve over time. Bitcoin is a novel invention, a breakthrough in terms of the payments and decentralized networks. But, even if Bitcoin fails, a new cryptocurrency will emerge to replace it with better features. Money is much more than just a medium of exchange and cryptocurrencies will be changing the world in the next 10 years. We are at the forefront of the next revolution, one of hope, opportunity and rising expectations, powered by decentralization and blockchain technology.