Facebook’s Libra looks and smells like a cryptocurrency, but it really isn’t. 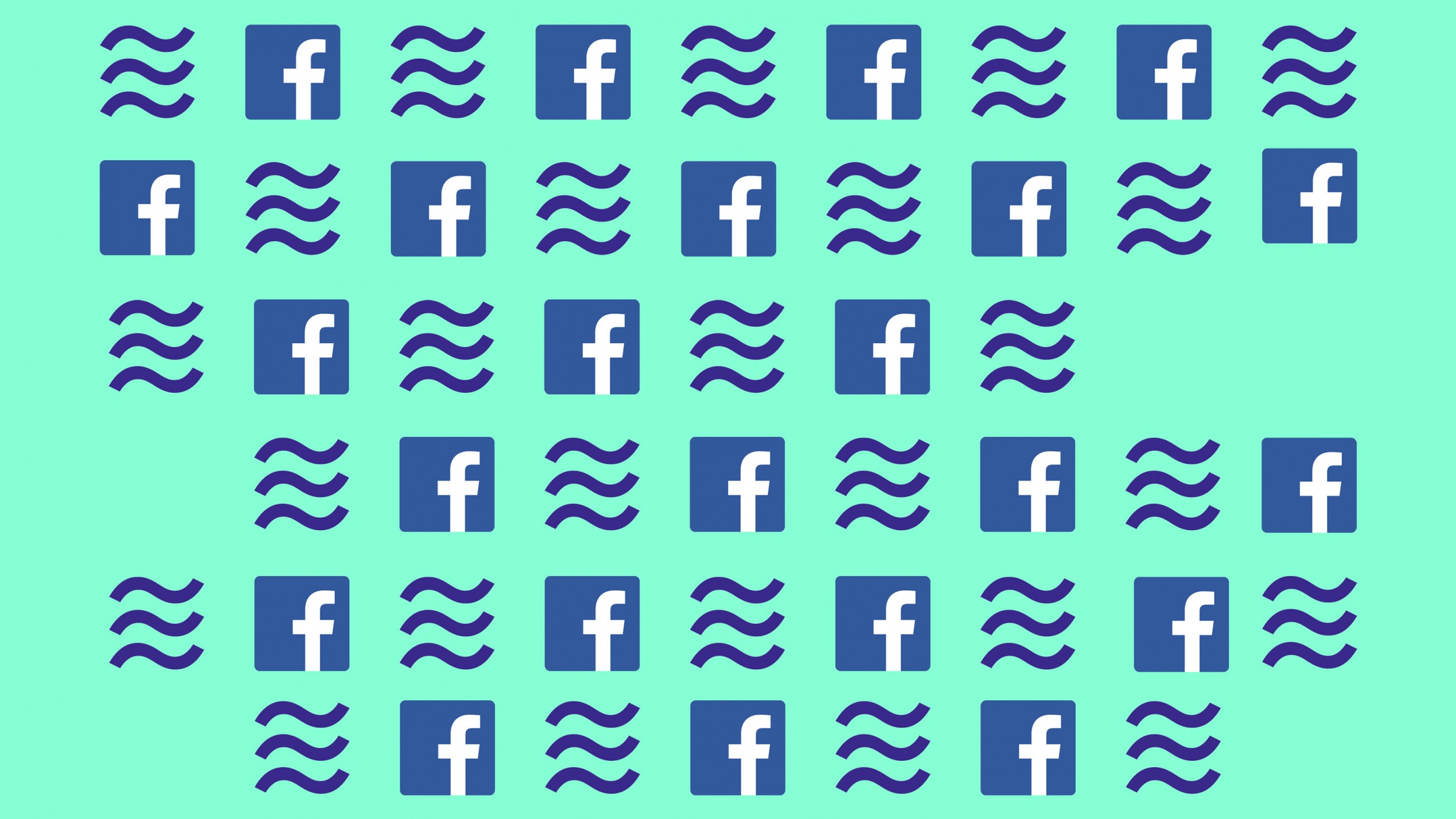 Lately, every week I am on the edge of my seat, wondering what will happen next. It’s been another big week… While its not clear yet how Libra will affect the future of other cryptocurrencies, for now it looks like they are responding positively. Bitcoin hit new highs this weekend.

Early last week, Facebook the world’s largest social media company published a white paper about Libra, and over this weekend Bitcoin broke back to back records, reaching $11,000 in less than 24 hours, after blowing past the $10,000 mark.

In ancient Rome, Libra was a unit of weight, equivalent to 12 ounces. It was the forerunner of the pound. On Tuesday, Facebook unveiled its own a unit of money, Libra, a digital currency pegged to a basket of major currencies.

Weighing in on Libra, many questions come to mind. If Facebook’s 2.5 billion users adopt Libra, to pay for things and send money to each other, Facebook could disrupt banks, governments and everyone that’s involved the money business. ‍

Is Libra a cryptocurrency?

Well, its being presented as one, but Libra doesn’t really follow the basic principles that other cryptocurrencies adhere to. It's not open, public, neutral, borderless, and censorship resistant. It lacks the decentralization that makes cryptocurrency enthusiasts, so faithful and loyal to Bitcoin. When thinking about Libra, it might be better to compare it with traditional peer-to-peer payment networks, like PayPal, Venmo, Square or even Western Union.

Like these networks, Libra is layer on top of the existing financial system. Each coin is backed by traditional currencies, to eliminate volatility and ensure its price is stable. But its also very different. Because of Facebook’s enormous reach, Libra could unify payments on a global scale and lower transaction costs.

Facebook’s Project Libra could motivate big competitor’s to create their own cryptocurrency. Amazon, Google Yahoo and many others are making moves, that indicate cryptocurrencies will soon become a bigger part of their platforms. Forbes has published a great list entitled “Blockchain 50: Billion Dollar Babies.”

‍There isn’t a big company in the world that isn’t going to join the revolution.

While Amazon hasn’t made any official announcements, it has already registered a number of new crypto-related domains, including AmazonEthereum.com, AmazonCryptocurrency.com, and AmazonCryptocurrencies.com. This has raised speculation that Amazon could be getting ready to make its move into the cryptocurrency market. Recently, Amazon was granted a patent for various techniques to build a proof-of-work (PoW) cryptographic system similar to those used by Blockchains such as Bitcoin.

Google is working on displaying cryptocurrencies in a friendly way, showing relevant information that include top news and other suggested cryptocurrencies, when a user performs a search. It's also invested in several blockchain startups, including Veem, a payments platform that lets enterprises instantly send and receive payments in different currencies, using Bitcoin.

Yahoo owns 40% of the Japanese crypto exchange, Taotao, which it bought in April 2018 for $19 million The platform allows trading for Bitcoin and Ethereum, and for margin trading for Litecoin, Ripple, and Bitcoin Cash.

‍Libra is not really a cryptocurrency.

Its looks and smells like a cryptocurrency, but the truth is, it’s an operating system for moving fiat money around the world. According to the whitepaper, developers will be able to build on top of Libra their own payment applications.

The authors of Libra’s white paper write: “Imagine an open, interoperable ecosystem of financial services that developers and organizations will build to help people and businesses hold and transfer Libra for everyday use.”

While in theory everything sounds open and transparent, ofter the reality is very different. The channel always wants to own the consumer advantage. Big tech companies have always developed strategies to capture the majority of the created value and in the case of crypto we can expect exactly the same. This is how Apple, Google, Amazon, Microsoft and Facebook became so huge and retain their positions. The argument has always been simple, “join or die.”

But, it’s important to see through the hype. We need to consider the who and why. Whose best interests do they have in mind. Big tech companies have huge numbers of customers and know everything about them. They push advertising and encourage customers to shop through their platforms. They understand that decentralization and blockchain can potentially shift the ownership of their livelihood, user data. Moving data from them, into the hands of the users. The ownership of data is the reason they are trying to figure out how to morph cryptocurrencies and blockchain for their own purposes. It's the only way to make sure they keep control.

Facebook’s entry into crypto could be a double edged sword. Facebook could setting the model of what crypto is and what it’s not. While the Lightning Network is showing great promise, it might be too little too late. Libra might be the first digital currency to capture the payments market. We could be seeing cryptocurrencies morph into centralized stablecoins and not the decentralized cryptos we’ve known and loved for the last 10 years. The trump card for cryptocurrencies, but it's uncertain if they can capitalize on it, is Facebook’s irresponsible past privacy practices and the whole debate about control vs. freedom and centralization vs. decentralization. Would you trust Facebook with your money? IMHO, most people just want an easy and cheap way to send and receive money and Facebook will do just that, building on the momentum and hype for cryptocurrencies.

Will Bitcoin have a blockbuster comeback?

It's looks like the FOMO crowd is back in town again and they are showing up in hordes. According to CoinMetrics.io, there are now over one million daily active addresses, a number that is defined as the number of unique “from” or “to” addresses used per day. This is a number we haven’t seen, since November 2017. Bitcoin market cap has jumped almost 3x, going from around $60 billion in December 2018, to $170 billion now.

One of the reasons Bitcoin has seen a strong comeback is due to the trade war between US and China. Usually during turbulent times, Bitcoin has always been a very strong safe haven for investors. Another is just natural price discovery. When you understand what Bitcoin really is, then you understand it’s importance. Bitcoin is the most powerful inventions, since the advent of the Internet, introducing digital scarcity in our lives, as we become exponentially digital.

Facebook upcoming roll out of its cryptocurrency, as soon as next week, has also helped fuel Bitcoin gains. With an array of heavyweight backers, that include Mastercard, Paypal, UBER and Visa, it's expected that Facebook’s stable coin will make a big slash.

Unlike traditional cryptocurrencies like Bitcoin, Facebook’s cryptocurrency is centralized, and verification is controlled by a select group, rather than the public. The cryptocurrency is pegged to a basket of hard assets, as a way to manage volatile price swings, that have been associated with Bitcoin, Ethereum and other cryptos.

In a recent Q&A on Youtube, Andreas Antonopoulos, said that Facebook’s coin is not a cryptocurrency:

“What Facebook, or companies like Facebook, are proposing is not a cryptocurrency. It doesn’t have any of the fundamental characteristics of cryptocurrencies. It does not stand on the five pillars of open blockchains. In fact, it stands on none of those five pillars. What are the five pillars, that we talked about before? You have probably heard me say this a few times. A cryptocurrency is open, public, neutral, borderless, and censorship resistant.”

Even if Facebook’s Globalcoin ends up failing, the company’s foray in into the market is good news for Bitcoin and other cryptocurrencies. In the past, Facebook attempted to create its own payment system, developing a digital currency called Facebook Credits. but folded it in 2012. Yet, when big players like Facebook enter the cryptocurrency market, it only helps build trust and brings more credibility to the entire market.

Many are still wondering if this rally different from that in 2017 or if its just pump and dump, staged by a few investors.

History never exactly repeats itself, but always shows resemblance. This kind of parabolic rise in prices followed by a dramatic drop, has happened several times in Bitcoin’s lifetime. But, when we look at the of bull runs of 2013 and 2017, they very different and mainly driven by retail investors. This time around, things are different.

Recently, Bitcoin has been recognized as a new asset class, so what we’re really seeing is the mainstream adoption of Bitcoin. Today, the crypto market has attracted more institutional investors. Institutional investors have poured in over $30 billion into building platforms. Also, regulations are taking shape in different countries, which is why we are seeing big players like Facebook, Goldman Sachs, Fidelity and JPMorgan Chase, getting in the cryptocurrency market.

When it comes to digital assets, ICOs, STOs, IEOs, a lot of the new projects are coming up right now, trying to capture the money. Also investors are buying up Litecoin, as its halvening is expected this August. Since the beginning of the year, Litecoin’s price has gone up 300%.

Ultimately, over the next few years we are going to see nations and central banks buying up Bitcoin, as the new gold reserve. The true success of Bitcoin will be achieved, when we don’t have to sell our Bitcoins and convert them to fiat.

‍Ilias Louis Hatzis is the Founder & CEO at Mercato Blockchain Corporation AG. He writes the Blockchain Weekly Front Page each Monday and has no positions or commercial relationships with the companies or people mentioned and is not receiving compensation for this post.